Welcome back my fellow readers and welcome to another blog for blogmas. Even though we’re still sweating our bowls off. (Yes I meant to say bowls, ever seen the jack in the box commercial?) It’s still beginning to look a lot like Christmas.

Has your man ever had a serious bromance to the point where it’s inseparable??

Yes?? Well stop it right now before it gets to far and they spend ever second they got!

Totally on the down play on that one but for real peyton has a bromance that’s seriously inseparable. To make matters even more interesting his bromance gain a bike in Possession. That all started a little after they reconnected.

How did they meet up again ?!

I’ll put this on me for sure but I’m not even mad about it. So it all started when something was swimming in the waters in fawn lakes.

Yeah it’s a neighborhood these two use to grow up in. Who would of thought that from playing outside together to 10 years later they would both have the title,

It’s a pretty good title if I say so myself! But these two met when their fiancés (yes they put a ring on their girls) got pregnant in high school. So a little back story on how holly and I became friends!

This is holly and I at her baby shower when she was 38 weeks and I was 34 weeks pregnant. You honestly can’t even tell she’s pregnant cause I was just massive compared to her! But back to the story, holly had reached out to me over Instagram saying how if I needed someone to talk to I could talk to her cause she knew what I was going through. At the time she sent that I had no clue that she was expecting. But of course I needed more friends who understood what I was going through so I joined that band wagon. More and more girls became pregnant in high school that we decided to make a group chat, which y’all know about called “Baby mamas”.

It eventually turned into a gathering where we would hang out with our guys as well and just basically talk about babies. If you’re not a parent yet then for sure your gonna think that’s Boring!!! But when someone can give you advice and relate to a situation you’re all ears. Cris cross apple sauce and a bubble in our mouth when someone is talking advice. Or we share our stories on how our babies pooped all over the place and just made a disaster. I think our favorite topic is how our guys complain about the things we have to do on a daily!

Trust me when I say being a mom isn’t easy!

Once we started to hang out more that’s when our guys reconnected! And started this high level of bromance to the max. 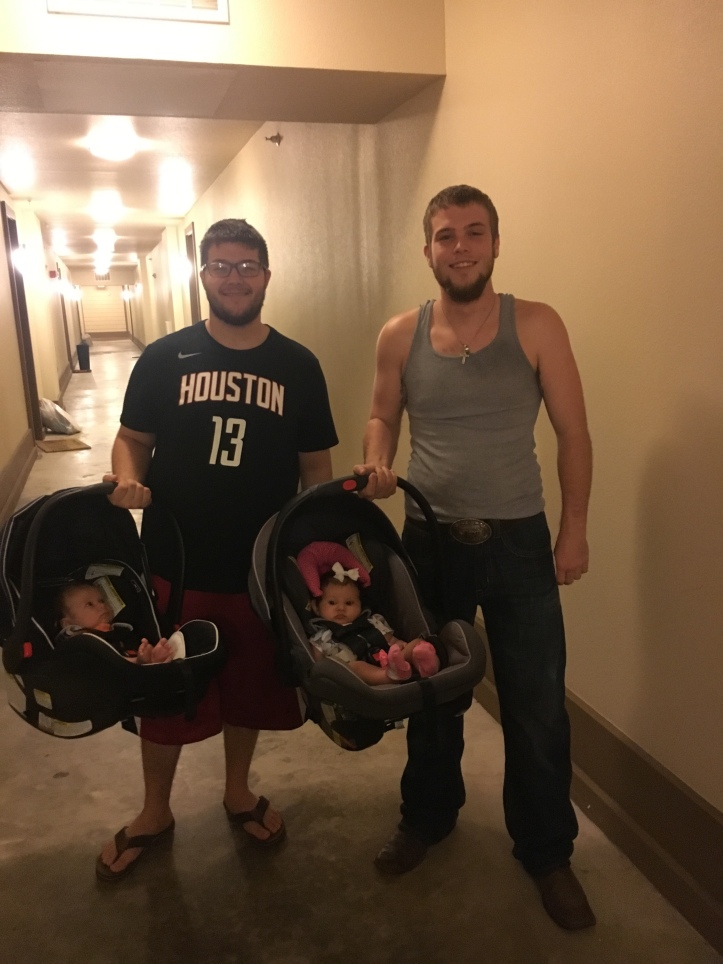 At least we don’t have to carry the car seats to the cars anymore. We did carry them for 9 months without complaining. Maybe I’m exaggerating on the complaining part but we had an excuse. Now every event we go to Peyton doesn’t even care about going endless Frankie is.

The sarcastic question just wants to escape out of my mouth! I’ve actually been replaced from Peyton’s number 1 best friend. I not even mad cause now Frankie gets to hold the flash light and spend countless Of hours working on the bike. So if I say so myself that’s a bonus for me!! Let the confetti fall,the fireworks go off because I’m FREE from having to hold the flashlight!

It’s like they do everything together now, I’m surprised when one goes to the bathroom the other one doesn’t ask if he needs to hold his hand or go with him. when the bike came around they were unstoppable. I have to clean my house extra now because every other night we have company! I definitely don’t mind because Paighton gets to hang out with her “boy”friend Jackson. I get some mommy time with holly to realize how big our babies are growing. We call it life sync because we were due in the same month. We have decided that our next babies have to be synced and man am I a okay with that!!