No one is ever really prepared to be a parent, no matter your age you are still just as clueless at the beginning than anyone else. Whether you’re 18 or 35 becoming a parent is a shock!

Every day Peyton and I are challenged in our relationship and in our parenting skills! Our lives changed in the blink of an eye, at first we were normal teenagers falling in love without a care in the world.

Now I’m a stay at home mom living the dream of cleaning up every 5 minutes, breastfeeding a hungry princess and making food for Peyton before he gets home from work. The job truly never ends. I probably spend about 4 hours a day cleaning and once I get the kitchen completely cleaned after dinner it’s right back to how it was in the beginning. My job is truly a 24/7 deal that I love to do!

Anyways let’s jump right into the sticky situation Peyton and I had to encounter. So Peyton has just stopped at collector firearms. Why? Because he found this old time gun that his boss let him keep from his work.

Turns out he has a Russian rifle from world war 2. I must say that’s pretty cool and Peyton always brings home interesting things that he finds in the most random places. He’s like a diamond in the rust where he can turn anything no one wants anymore into something everyone has to have!

Back to the story!

I decided to not go in because I needed to change P. we’re in Houston and sometimes people can kinda be a little sketchy. So I made the decision to just push up the front seat kneel on the floor and change her right on my back seat. I must say I’m pretty advanced with the whole change a diaper in the car. I’ve changed her diaper while she was in her car seat, on a chair. I’ve even changed her while my mom was holding her cause the bathrooms didn’t have a changing station.

A bathroom without a changing station?

So changing her in the car wasn’t a big deal cause I’ve done it plenty of times! What I got wasn’t what I was expecting at all.

*Caution! This next content may give you an unwanted image so viewer discretion is advised.*

When I opened her diaper is started to spill out onto my seats and up her back. I was in a world of chaos at this moment. Finally, Peyton arrived at the crime scene and all he could do was laugh hysterically. To make matters worst her poop smelled like day old ham and cheese that’s been sitting outside in the blazing hot sun, molding to perfection.

Sorry if I just ruined a ham and cheese sandwich for you.

Poop was everywhere, Peyton was laughing P thought it was funny as well. And here I am trying to get it together and clean up this mess!!! First things first I handed P to Peyton and immediately wiped my seat off. Thank God for cows so we could manufacture leather seats. Cause if I had a carpet seat I’d have to drop a penny in the cup holder. Put it in neutral, push it off a bridge into a body of water and say I lost a penny.

Cause Febreze wouldn’t be able to mask that smell! While I was changing her she tries to grab her dirty poopy diaper that I didn’t yet close up. But she did manage to kick at it getting poop smeared all over her legs and arms. I hope you know she almost looked like that little boy with peanut butter all over him.

The job was done, a clean diaper a new change of clothes and safely back into her car seat she went. 12 wipes, 3 diapers (the other 2 got poop on them.). And 2 bomb parents who never give up in poopy situations. Everyone try’s to inform you about almost every situation you will encounter but changing a poopy diaper in a car obviously wasn’t on the list. But of course, we managed to succeed even if Peyton got poop on his hand. I died of laughter and my seat met a new substance. 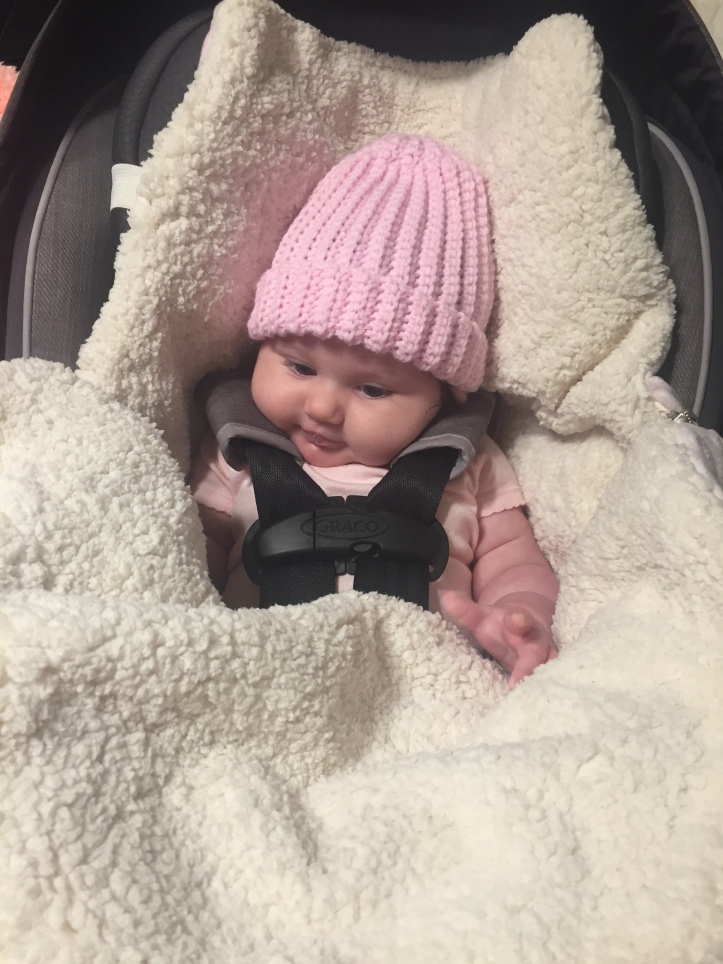 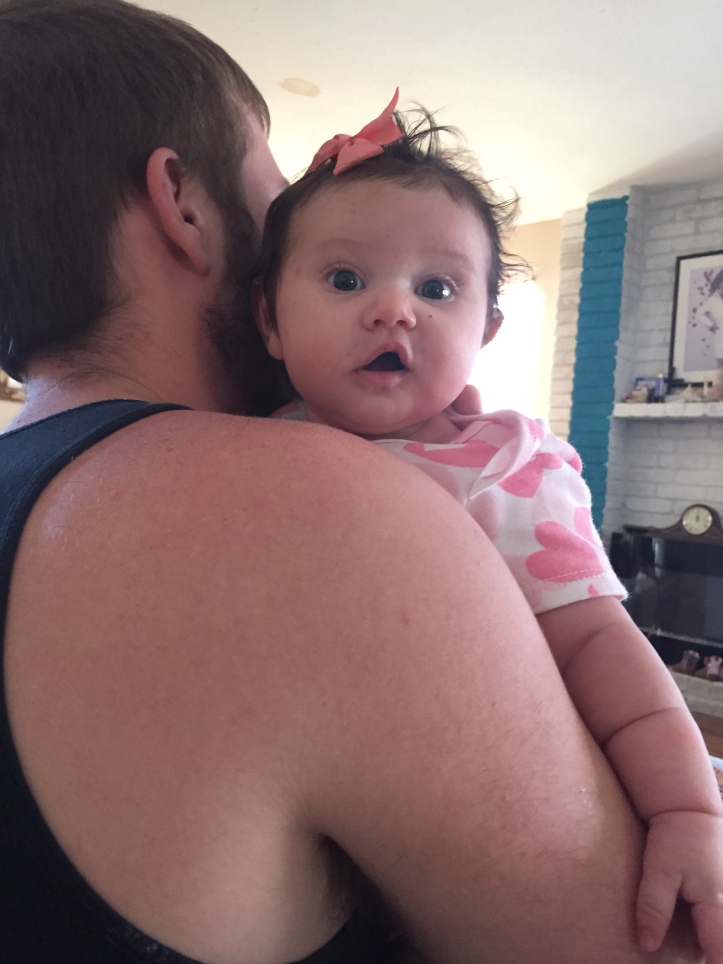